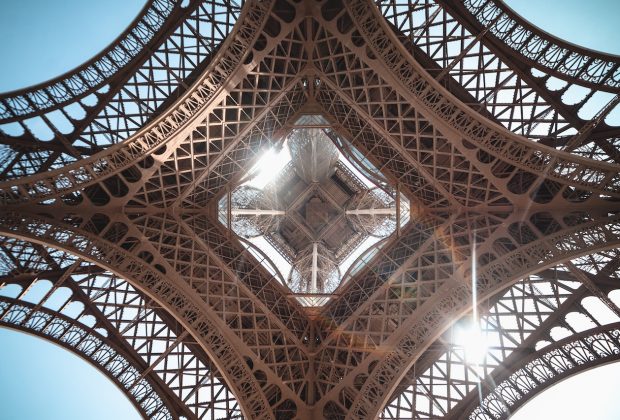 Unfortunately, not everything you read or hear about the Eiffel Tower is true. Maybe you read an Eiffel Tower myth on social media. Or perhaps the friend of a friend who has a cousin who visited Paris many years ago told you a tall tale.

No matter where you heard false info about the Eiffel Tower, we are here to set the record straight. Read on as we debunk some of the most common Eiffel Tower myths. 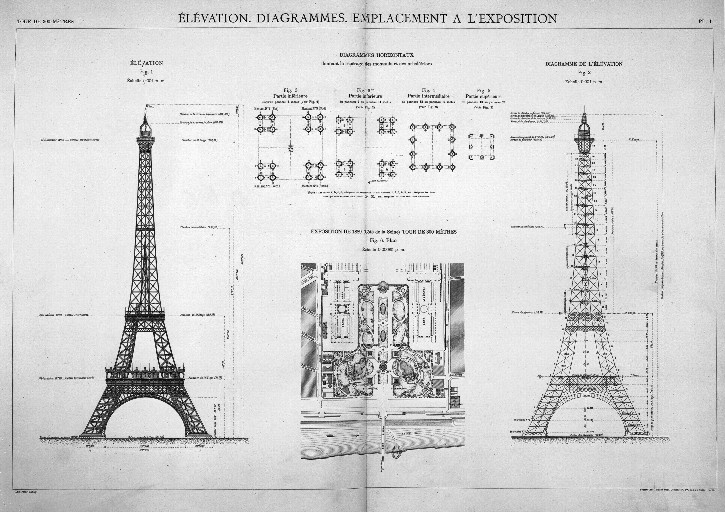 Since his name is permanently attached to the building, Gustave Eiffel gets the bulk of the credit for designing and building the Eiffel Tower. But he isn’t the only mastermind behind the monument.

The Eiffel Tower was designed in 1884 as part of a competition to create a centerpiece for the 1889 World’s Fair. At that time, engineer Maurice Koechlin headed the design office at the Eiffel Company. Koechlin drew the first sketch of the Eiffel Tower at his home in hopes of convincing Gustave Eiffel to take on the project. Koechlin worked alongside fellow engineer Emile Nouguier, who headed assembly and technical surveys for the company. The pair modified the designs several times before presenting them to Eiffel.

Unfortunately, Gustave Eiffel was not wowed by the initial drawings. Koechlin and Nouguier went back to the drawing board. This time, they enlisted the help of an architect named Stephen Sauvestre. Sauvestre focused on the monument’s appearance and designed the now-famous ironwork arches featured on each level of the tower.

The redesigned and more decorative plans won Gustave Eiffel’s approval, and the rest is history.

2. It’s illegal for tourists to take photos of the Eiffel Tower at night 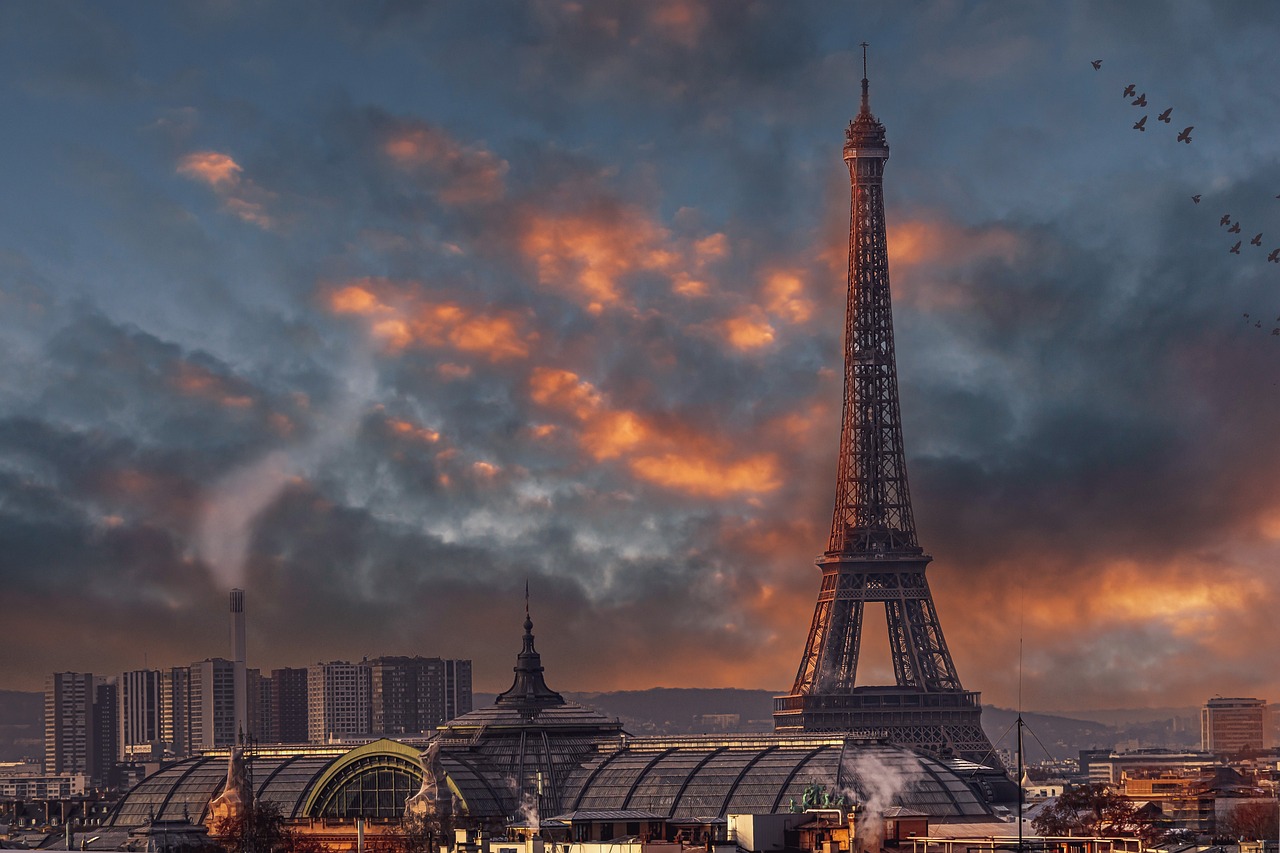 When I moved to Paris, several well-meaning friends warned me that taking photos of the Eiffel Tower at night was illegal. I’m definitely a rule follower, so I took the warnings to heart. Imagine me covertly snapping quick photos on my phone while enjoying an Eiffel Tower picnic. I’m not sure who I thought would catch me, but I was very careful and never shared the photos on social media.

There is a good reason that this is the most common Eiffel Tower myth. The sparking lights that illuminate the tower each hour are copyrighted. Therefore, it’s illegal to use photos of the twinkling lights for commercial purposes. But, as a tourist, you are free to snap all the shots you want and to share them online.

3. The Eiffel Tower was almost loaned to Montreal 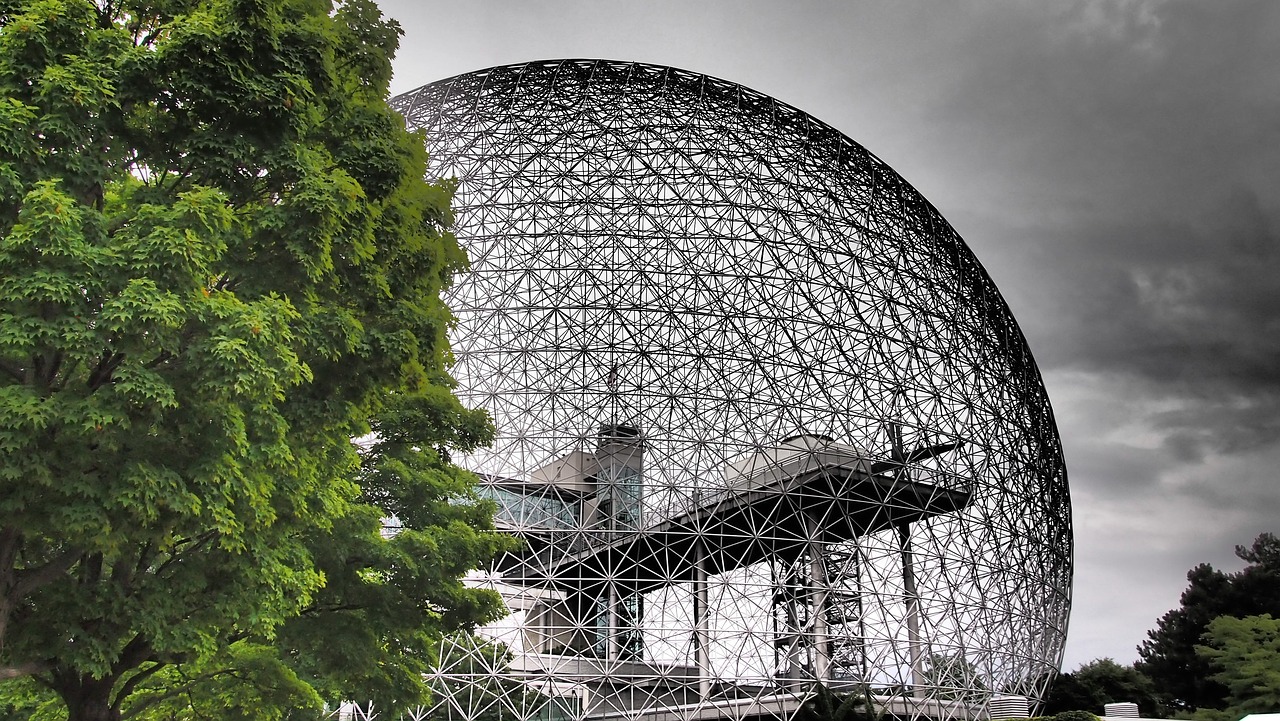 The word “almost” is a stretch here.

It is true that the mayor of Montreal, Jean Drapeau, sent a request to the city of Paris in hopes of using the Eiffel Tower. However, the request was not approved, and plans were never made to relocate the Eiffel Tower.

4. The Eiffel Tower was a gift from the U.S. 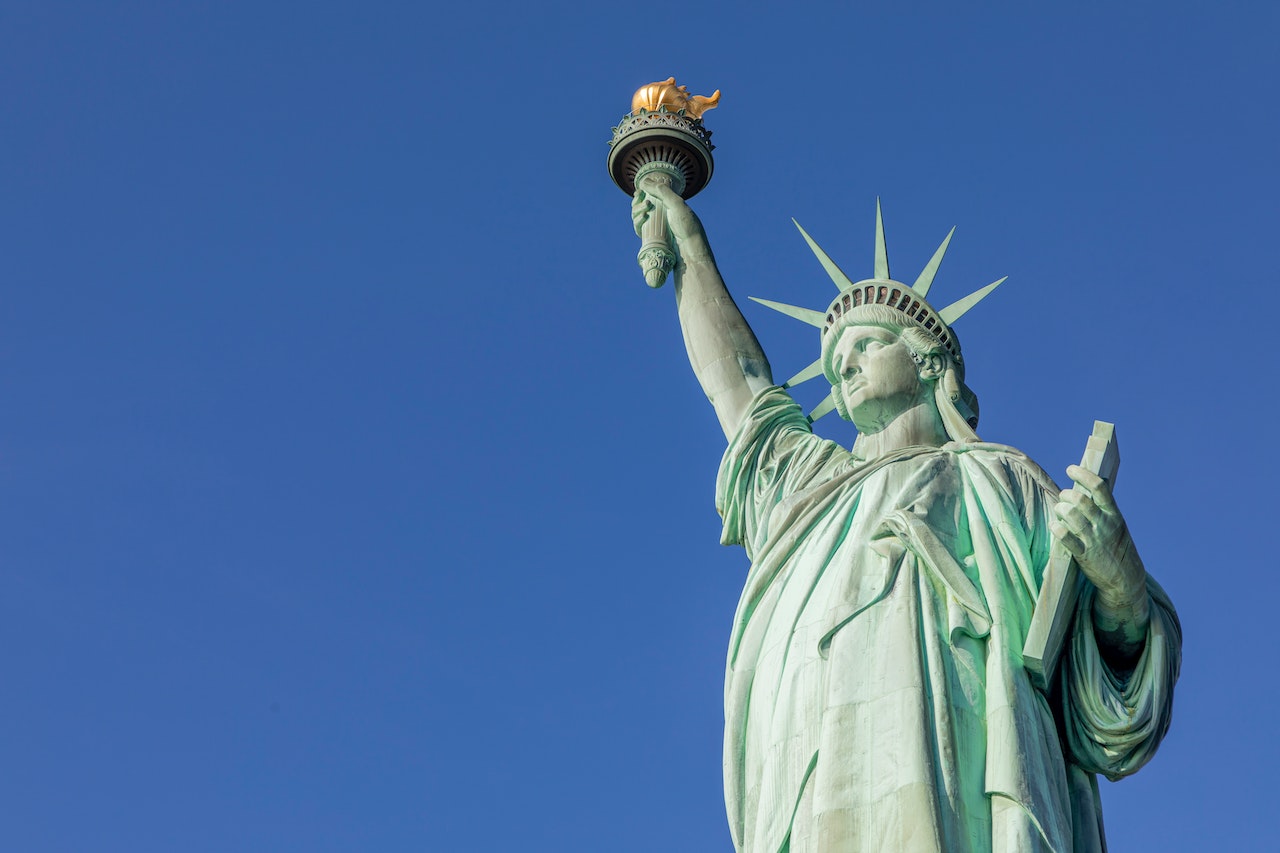 This Eiffel Tower rumor has roots in another famous monument. The Statue of Liberty was a gift from France to the United States. The statue arrived in the U.S. in 1885, just a few years before the Eiffel Tower opened.

During the American Revolution, France provided support to the United States. The Statue of Liberty was gifted to commemorate this alliance. However, the Eiffel Tower wasn’t a reciprocal gift, even though the two monuments were created in a similar time period.

Fun fact: There is another connection between the Statue of Liberty and the Eiffel Tower. The interior steel framework of the statue was designed by Gustave Eiffel and the engineers at his company.

5. The Eiffel Tower was designed to resemble the letter “A” 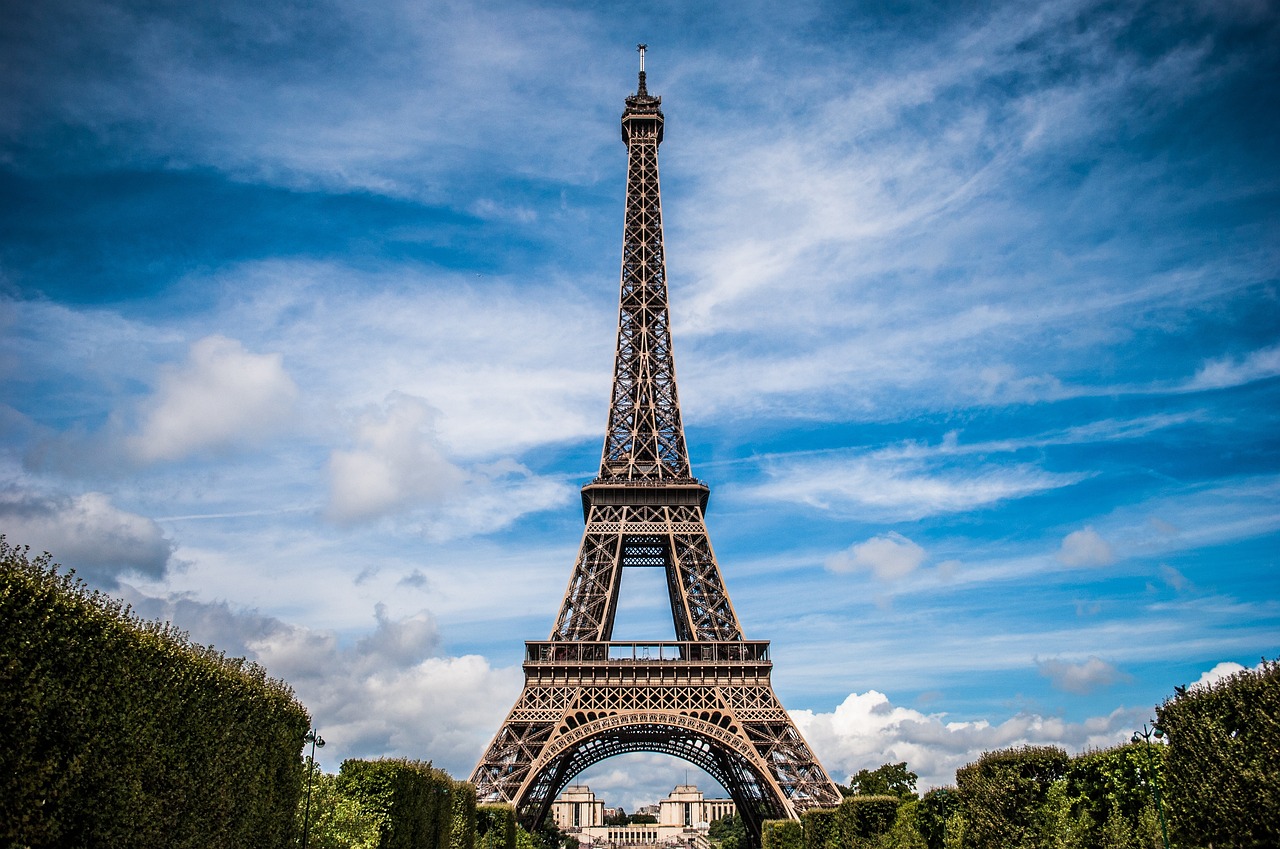 Rumor has it that Eiffel Gustave fell in love with a woman with a first name that started with the letter “A” and shaped the tower to honor her. But, truthfully, the shape of the Eiffel Tower has more to do with stability than a love story.

At the time of its construction, the Eiffel Tower was the tallest building in the world. Amazingly, the tower held that title until 1930, when the Chrysler Building outgrew it.

Such an engineering marvel meant that close attention needed to be paid to wind and gravity forces. The Eiffel Tower’s unique shape allows the building to sway slightly in the wind and minimizes resistance. 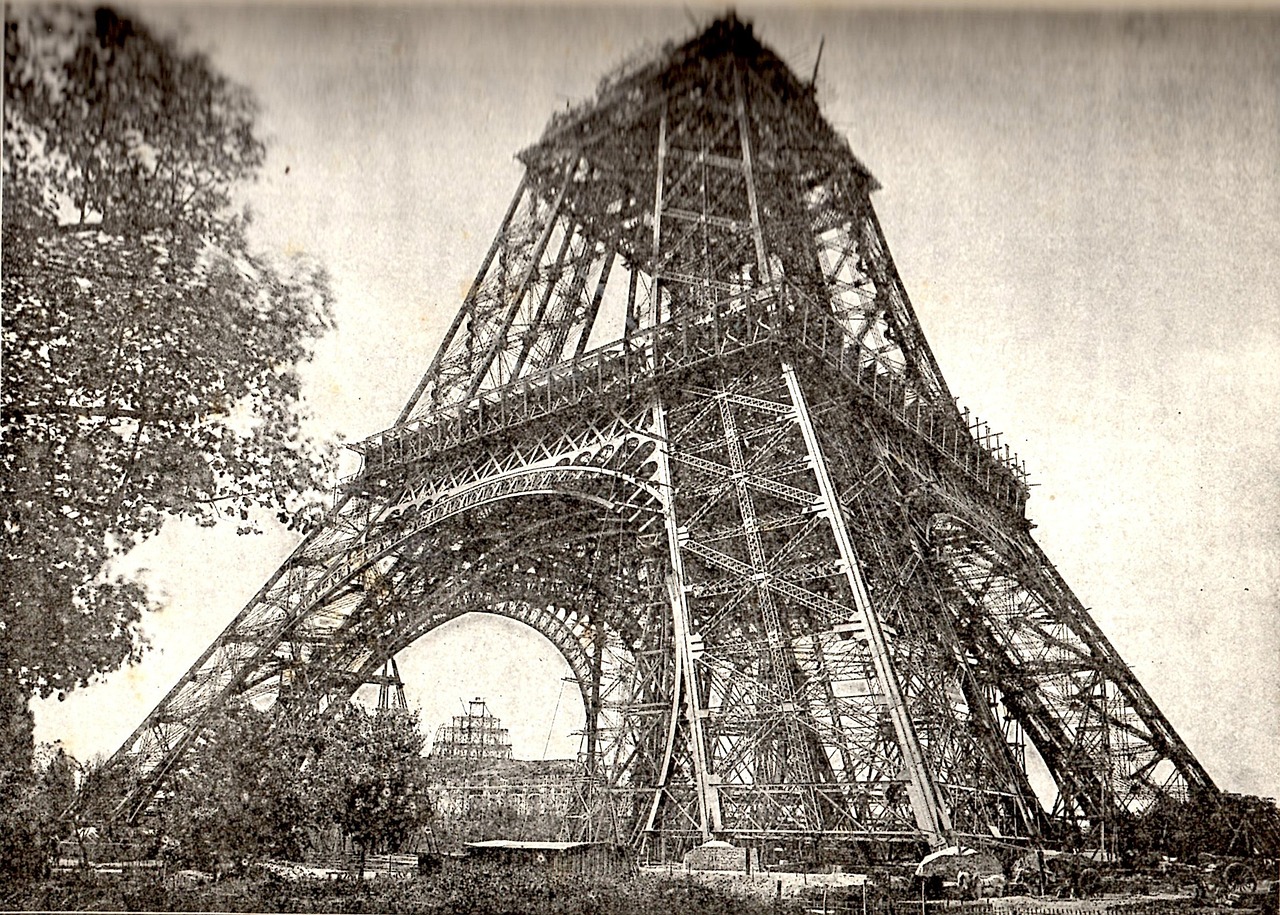 A popular Eiffel Tower rumor is that the monument relies on hydraulic lifts to withstand the wind. Since you’ve read this far, you already know that the tower has a unique shape that minimizes wind resistance.

7. A floral-inspired extension was planned for the top level of the Eiffel Tower 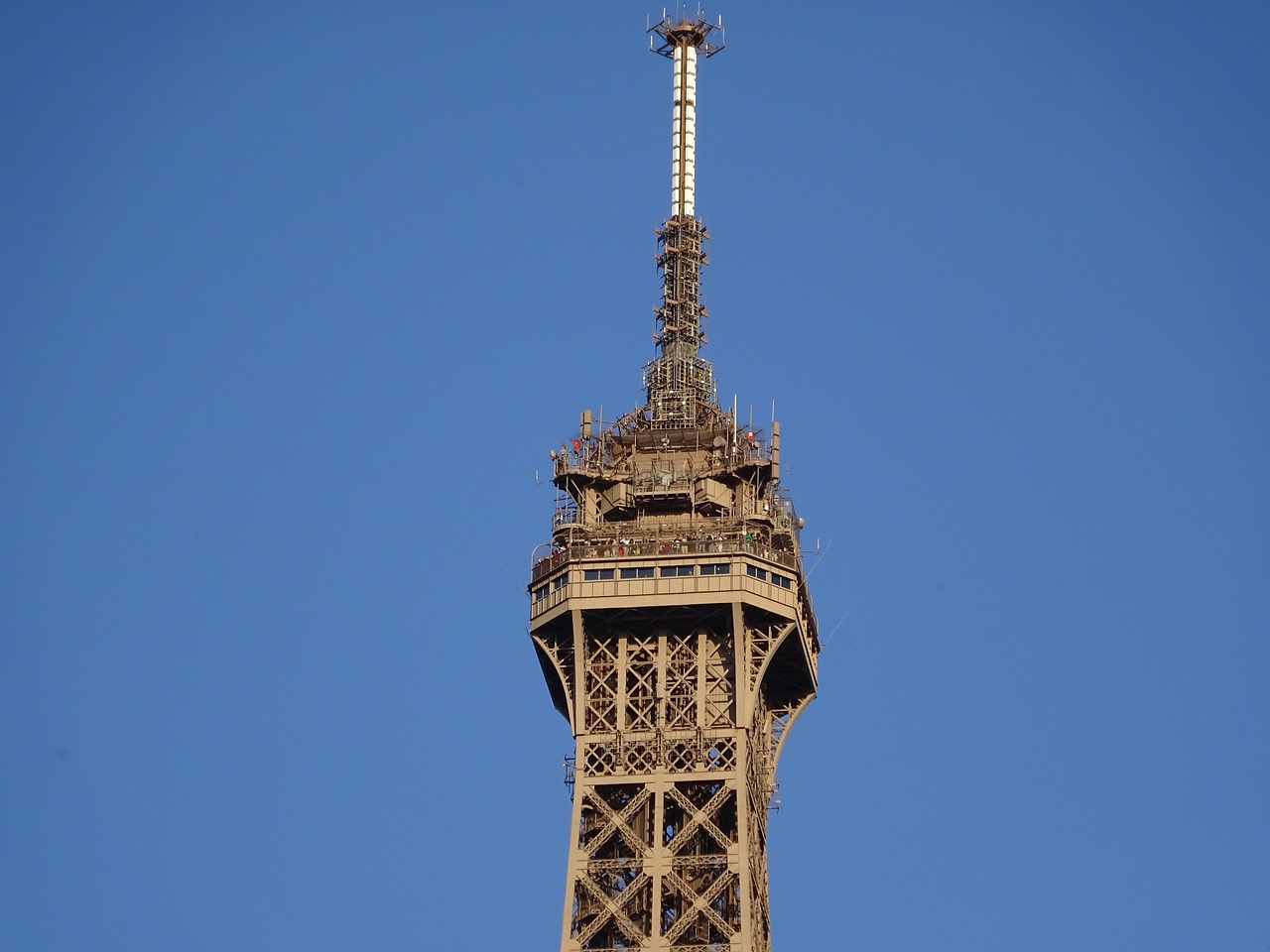 In 2008, many media outlets ran stories about an extension planned for the uppermost level of the Eiffel Tower. The reports claimed that a company called Serero Architects won a competition to design an expansion to honor the 120th birthday of the tower.

Supposedly, the project was to be titled “Design DNA” and was to use a flower-shaped Kevlar structure to blend into the original metalwork. However, the expansion was not to be. A few days after the first reports, the New York Times revealed the entire story was a hoax. 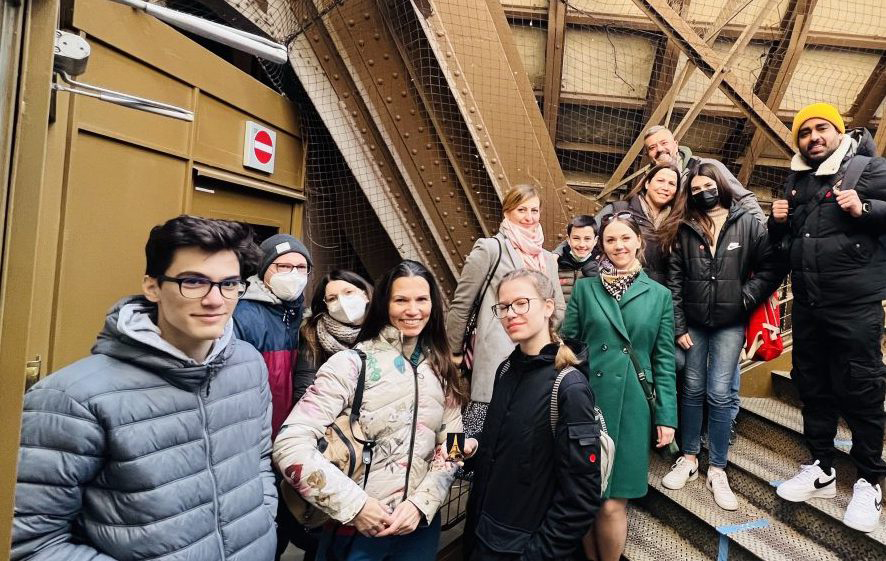 You might hear it’s hard to trek up this Eiffel Tower — it’s not! A guided climb to the second floor of the Eiffel Tower is one of the best ways to see it. In fact, it’s the way Gustave Eiffel intended for people to experience the monument. Plus, you’ll be able to take in all the breathtaking, panoramic views of Paris.

If someone tells you the Eiffel Tower is difficult to climb, don’t fall for it. I’ll tell you from personal experience that the climb isn’t that hard and is entirely worth the effort. After three years of living in Paris, eating French cheese and baguettes, and sipping plenty of local wine, I am not at the peak of fitness. So when some family members visited and suggested climbing the stairs to the top of the Eiffel Tower, I was skeptical but willing.

Our little group was a slightly out-of-shape 40-year-old with terrible knees (me,) a fit middle-aged couple and a reluctant teenager. Our larger tour group featured everyone from kindergartens to grandpas. So climbing the Eiffel Tower is an activity that suits a wide range of ages and abilities. Plus, you’ll burn enough calories for a guilt-free meal at a nearby restaurant after your Eiffel Tower visit.

9. You can see Mont Blanc from the Eiffel Tower 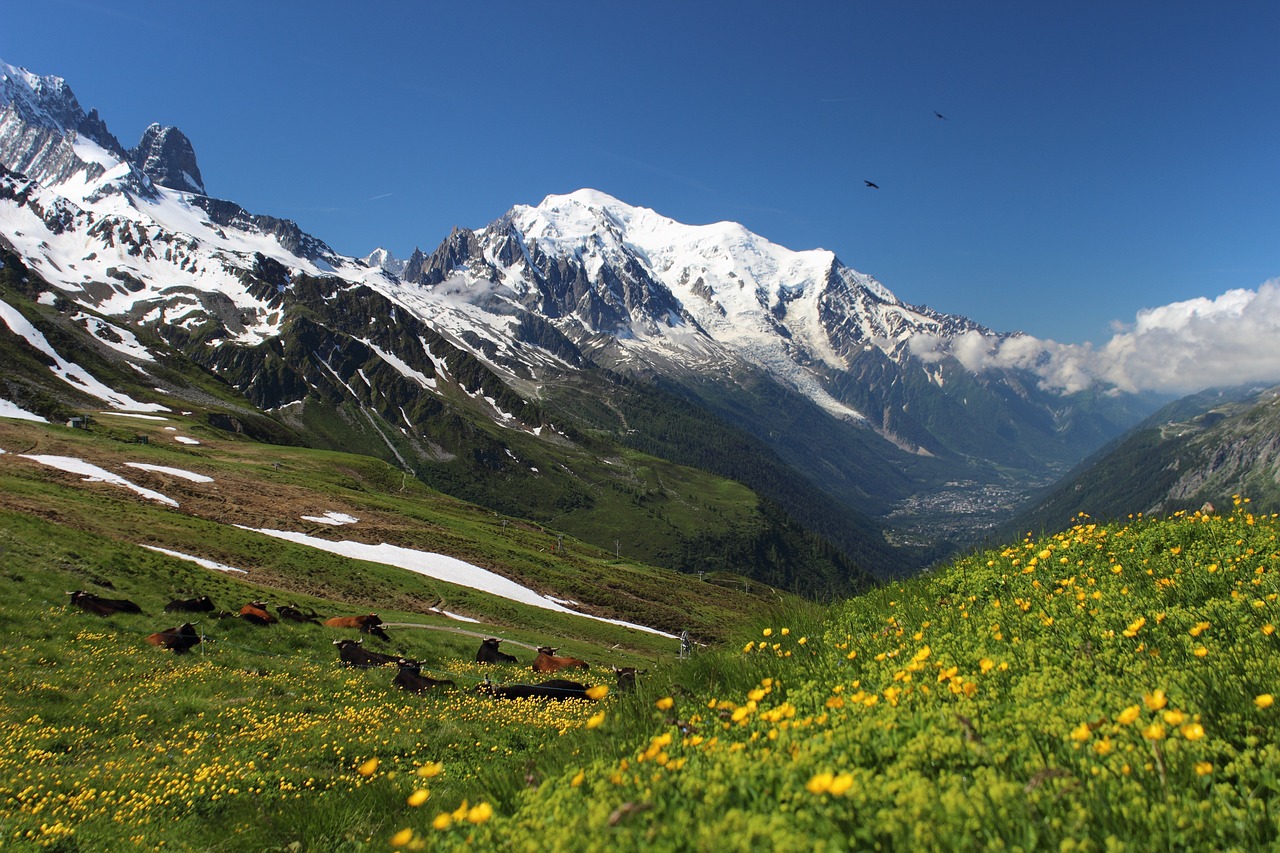 You can see some pretty remarkable things from the three levels of the Eiffel Tower, including the Arc de Triomphe, Les Invalides, and my apartment. But you definitely can’t see Mont Blanc.

The third floor of the Eiffel Tower is 905 feet above the ground, which means it is technically possible to see for 37 miles. But, sadly, air pollution means that the actual distance you can see is significantly less.

Mont Blanc, located in the Alps, is the highest peak in Western Europe. The Eiffel Tower is over 380 miles away from Mount Blanc.

10. You can see the Eiffel Tower from the London Eye 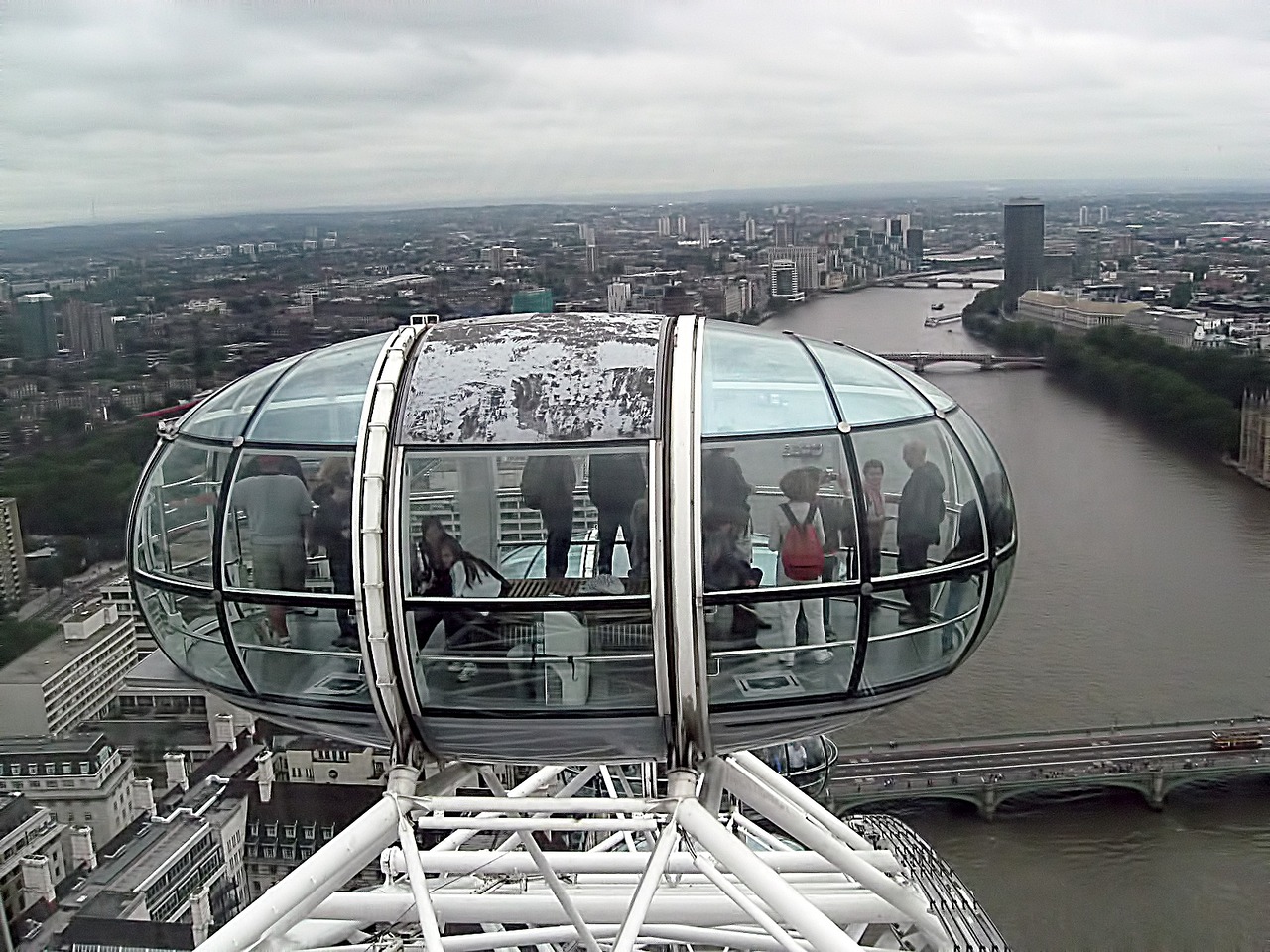 The London Eye is a massive observation wheel in England’s capital city. Confused riders sometimes think they can see the Eiffel Tower from the top of the wheel. But, as you’ve already guessed from the previous Eiffel Tower urban legend, it’s just too far to be possible.

There is a tall remote-transmission antenna with a similar shape to the Eiffel Tower on the outskirts of London. Visitors to the London Eye sometimes mistake this antenna for the Eiffel Tower.

11. Gustave Eiffel lived in a secret apartment at the summit of the Eiffel Tower

Gustave Eiffel did indeed build an apartment at the summit of the Eiffel Tower, and he reserved it for personal use. However, the space didn’t have a bedroom, and he never lived there.

The apartment contained a laboratory, office, living room, kitchen, and restroom. Eiffel often worked in the space and hosted meetings with guests, including Thomas Edison. However, the public couldn’t visit Eiffel’s private workspace, which led to the rumor of a secret apartment.

Today, most of the apartment is used for technical facilities. But you can see a small portion of the space, staged with wax figures of Gustave Eiffel, his daughter, and Edison. 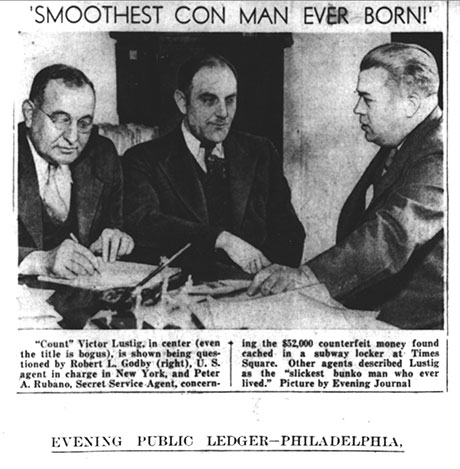 You can’t sell what isn’t yours. That’s the truth behind this Eiffel Tower myth.

In 1925, a con man named Victor Lustig arrived in Paris armed with official-looking paperwork stating that he was a representative of the French government. Using falsified stationery, he sent letters to several scrap iron dealers inviting them to meet and discuss purchasing the Eiffel Tower. The letters stated that the highest bidder would be allowed to tear down the tower and sell the metal and other building materials.

One of those scrap dealers took the bait. André Poisson was young and new to the business, so he made the perfect mark for Lustig’s con. Poisson not only paid for the Eiffel Tower, but he also gave Lustig a bribe to ensure his was the winning bid.

Unfortunately, Poisson didn’t realize he had been scammed until Lustig, with the money in hand, had fled the country. Feeling embarrassed over his error, Poisson never reported the crime or revealed how much money he had lost.

Lustig was so emboldened by having gotten away with his scam that he tried it again. Six months later, he attempted to sell the Eiffel Tower a second time, but the would-be victim contacted the police.

Write your own story with the real Eiffel Tower history 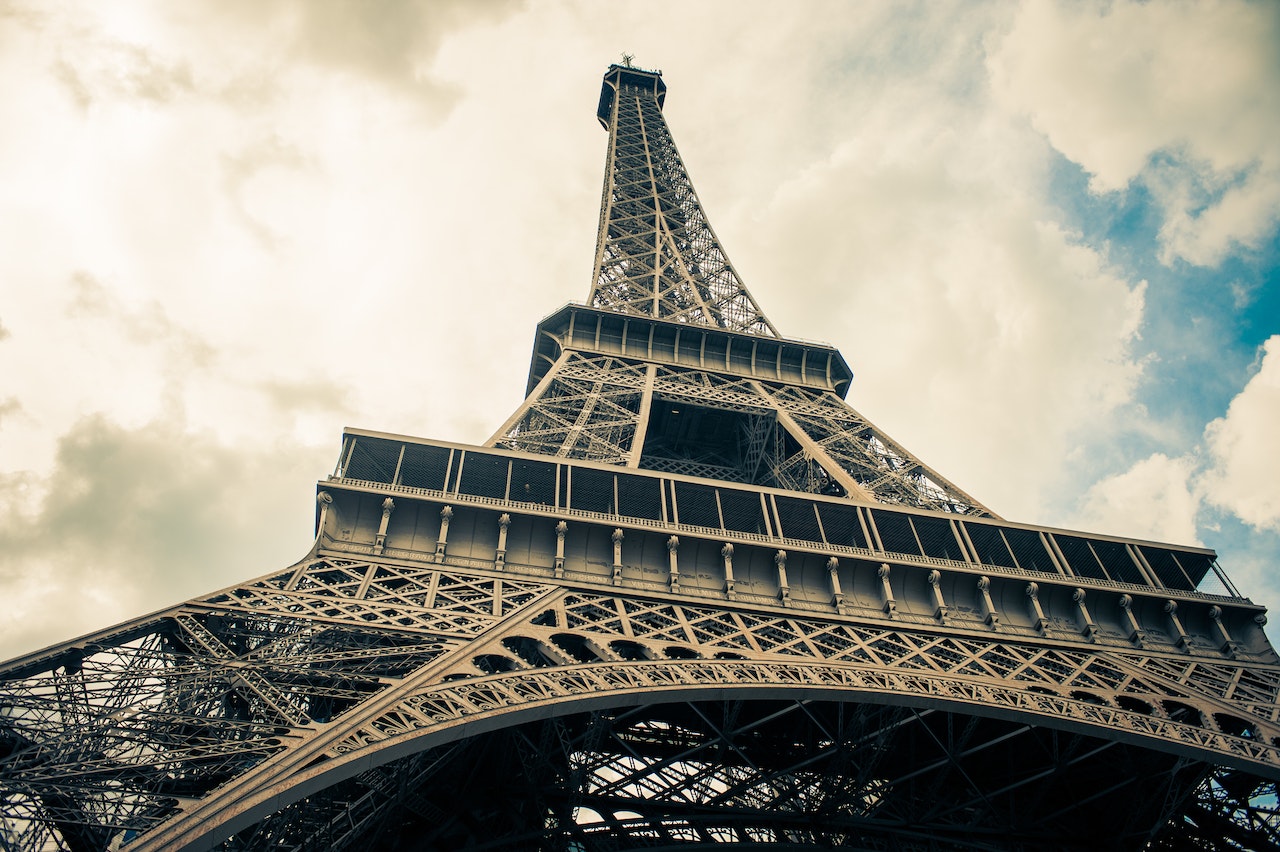 There are so many Eiffel Tower myths and urban legends swirling around. The best way to sort fact from fiction is to visit with a local expert!

During your time at the tower, you’ll learn plenty of history and see Paris from a new angle. More importantly, you’ll create memories to last a lifetime. And once you see the Eiffel Tower up close, you’ll talk about it to anyone who will listen.